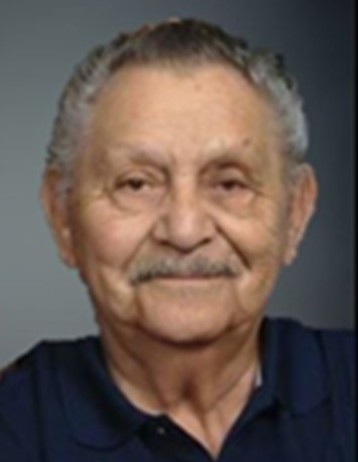 Our beloved Dad, Grandpa “Grandpe” and Brother in Christ, Frankie Tony Vigil returned to his Heavenly Father on March 11, 2022, at the age of 89, surrounded by his family.

He was born on January 31, 1933, in Raton, New Mexico to Francisco and Teresita Vigil.  He married the love of his life Alicia Garcia on February 19, 1951, who proceeded him in death in 2016. Frank served in the U.S Army and retired from Hill Air Force Base.

Frank’s love for his family was unconditional, as he constantly displayed his affection towards his children, grandchildren, great-grandchildren and great-great grandchildren.  No matter the day or time, he was always there. He never missed a chance to be at his grandchildren’s events whether it be karate, baseball, soccer, graduation or birthday party. “Grandpe” loved the great outdoors, camping, fishing and hunting creating many special memories with those he loved. His favorite pastime was watching WWE Wrestling, yelling at the bad guys letting them know how he felt. His family will cherish all the time they had with him.

Frank was a man of great integrity and never wavered on his faith in our Heavenly Father.  His reliance on his faith, no matter what the situation might be, was a testimony of how he lived his life.  He was blessed with the ability to play the guitar which he taught himself at a young age and in turn led to catching the attention of Alicia, who would later become his wife and they tackled the world together. Aside from raising their family they relied on each other to remain faithful and praise the Lord as they moved from state to state helping start church’s.  After Alicia passed on to be with our Heavenly Father, he became a member of the True Gospel Center’s Praise and Worship Team.  Every Sunday, you would find Frank at church singing, playing his guitar and praising the Lord. Even though his body was in pain he would still play for the lord every chance he could, it was always a blessing when he would do a special as his heart and soul went into every note and cord.

We invite our friends and family to join us as we say goodbye to our Dad/Grandpa/ “Grampe”.

To order memorial trees or send flowers to the family in memory of Frankie Vigil, please visit our flower store.