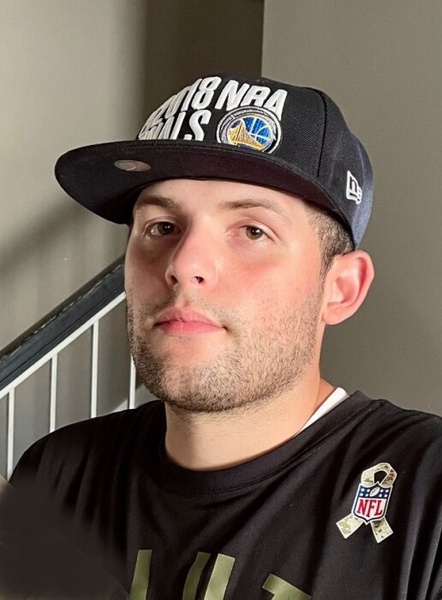 Josh was a handsome, kindhearted man. Despite having a reserved personality, he was known to crack jokes and make you laugh. Josh was an exceptional artist, with incredible creativity when it came to his drawings and artwork.

Through his childhood and teenage years, he played several sports and made many lifelong friends. He carried his love for sports into adulthood, watching as much basketball as possible and cheering on the Jazz. He once said his claim to fame was that he could palm a basketball and that he had autographs from both Stockton and Malone.

One of his favorite hobbies was fishing.  He had the opportunity to take several fishing trips to Alaska with his grandpa. They were once-in-a-lifetime trips that he talked about for years.  He would also carry his fishing pole in his truck at all times, just in case.

In the later years of his life, Josh spent a considerable amount of time dealing with several mental health issues. Although he will be immensely missed, we are comforted knowing he is finally in peace and free of his illness.

His greatest joy in life was his daughter, Lia.  They had a special bond, and he loved her beyond measure. Lia inherited Josh’s artistic skill, looks just like her daddy, and we are incredibly lucky to hold on to pieces of Josh through her.

He really enjoyed spending summers with his grandparents in Koosharem, which will be his final resting place.

In lieu of flowers, please consider donating to an education fund for Josh’s daughter Lia.

To order memorial trees or send flowers to the family in memory of Joshua Loy, please visit our flower store.