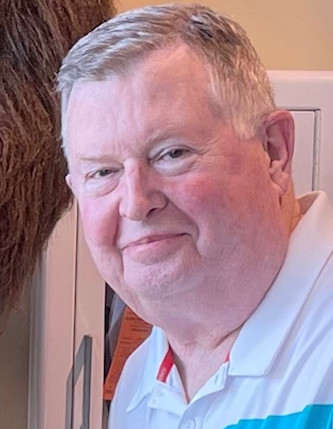 
Michael unexpectedly passed away on April 29, 2022. He had heart complications
that unfortunately led to his passing. Before his passing, Michael lived a life of love and
happiness. He had many wonderful children and grandchildren. He had six children and
adopted a daughter. He had eighteen grandchildren and two great grandchildren that he
loved dearly. Michael was married to two wonderful women. He was first married to
Ellen Elizabeth Brown. Their marriage began in 1965 and ended due to her passing in
2006. He then remarried to Nina Lee Stevens in 2008.
Michael worked as a plastic injection mold maker. He loved his job at Mold Works
USA. He enjoyed what he did and the friends he made along the way. When Michael
wasn’t at work he enjoyed spending time with his family. You could often find him at one
of his many grandchildren’s events. From sporting events to dance recitals he loved
watching and supporting his grandchildren. Michael also enjoyed fishing, camping, and
the outdoors. Michael was a member of the Church of Jesus Christ of Latter Day Saints
and loved the gospel. He served in many roles within the church. Michael was very
humble and was always willing to serve.
He was preceded in death by his wife Ellen Elizabeth Brown, and his parents
Ralph and Klea Kaneen. He is survived by his wife Nina Lee Stevens and children Dana
Turner, Kelley (Steven) Glover, Christian (Amy) Kaneen, Michell (Stephen) Hunsaker,
Jared (Jessica) Kaneen, James (Erin) Kaneen, and Cinde Lowery. In addition many
grandchildren, greatgranchildren, nieces, nephews, and siblings.
A visitation will be held from 12:00-12:40 pm Friday, May 6, 2022 at the
Lakeridge 10th Ward, 8059 West 2700 South Magna, Utah. Funeral services will follow
at 1:00 pm. Interment will follow at the Murray City Cemetery 5490 South Vine Street
Murray, Utah.

To order memorial trees or send flowers to the family in memory of Michael Kaneen, please visit our flower store.