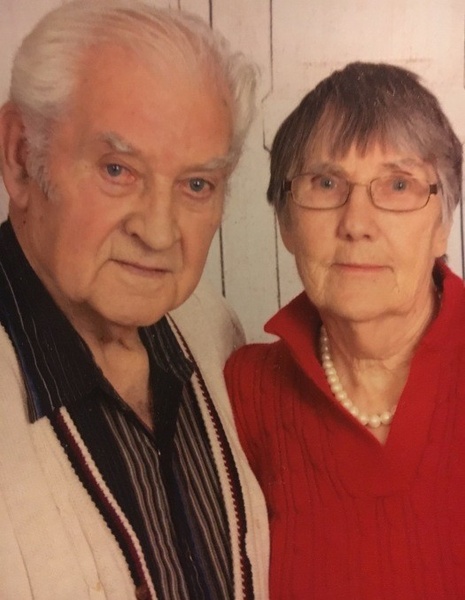 The darkness, like gravity, exerted an unrelenting tug at anything in the small space and the dust was suffocating.  The dim lights of headlamps barely had the energy to expose the dust, let alone light the small chamber.  The sound of steel-on-rock reverberated through the cavern daring even the strongest willed to resist insanity.  Through the dust and din, thoughts of his family muted the incessant drum of the pick-ax and muffled coughs…he worked in the company of those on whose back the United States was built...and he felt fulfilled…

He was born August 21, 1931, to Joseph Carpenetti and Josephine Loscofsky, with a will to work, some would argue, straight out of the womb.  His was a heritage that was founded on the desire for “something more”.  I am sure his grandfather, as he stood in the shadow of lady liberty after leaving Italy behind and successfully braving the harrowing journey across the Atlantic Ocean, surely lacked the capability to fathom what the future would hold for his progeny through his grandson, Albert.

…In his young mind, age was irrelevant when it came to providing for himself and his family, yet even in the booming industrial age, coal mining firms were prohibited from employing anyone under the age of eighteen.  Although this was the case, steely eyed, broad shouldered, and oddly blessed with a full head of snow-white hair by the time he was sixteen, he possessed the necessary leverage to gain employment in the mines, despite his work prohibiting age.  Once, shortly after gaining employment and standing atop the gaping maw of the mineshaft and surrounded by his fellow miners a co-worker confronted him, seething, he griped: “I know you’re not old enough …”, and symbolic of the way he would live his life, he shut the naysayer’s mouth with a mass of knuckles, fingers, and bone carrying the force of steel and nerve…he kept his job.

Al, as he has referred to, toiled to care for his parents from a very young age and without recompense.  He was the middle of 7 siblings, two of which survive (Martha Maddox and John Carpenetti).  Family was as important to him as his own breath.  He cared for his parents and expected nothing in return.  Later in life he met Carol Warden in San Francisco and they married November 2, 1957 and were later sealed in the Oakland LDS Temple.  The coal mines a memory, she was now his work.  His callused hands and grit would build their life and family together.  Over their life together he owned his own business and never limited himself to one career, but sampled many. He and Carol gave birth to only two daughters, Tina Ellis and Toni Sears, whom he cherished dearly, and yet he is survived by 19 happy, healthy, and successful grandchildren and 23 great-grandchildren, many of which who have served in the military and attained advanced college degrees.  His capacity to love was not limited to lineage, however, and he is also survived by two foster-sons (who I’m sure he would refer to as sons in the strictest sense of the word) John Travis (Natalie) and Ervin VanSlambrouck (Sandy).

His ability to engage in back-breaking work, day-in-and-day-out, stood as an afterthought to his artistic abilities.  He was truly a renaissance man.  He was a master craftsman and woodworker and wanted to share his love of creating beauty from raw materials with his grandchildren.  It would be odd to see him building a home, painting a masterpiece, or constructing a cabinet without a tiny grandson or granddaughter in tow, relating his experiences to them from when he was a young man: “in the mines I knocked this guy out”; my dad would give me a loaf of bread, some cheese, kiss me on the cheek and tell me to go play in the fields while the dons talk”; “…this stupid pig, I knocked it out with a piece of plywood, thought I killed it, and was afraid of the punishment”; when I was in Korea I did pushups with my feet on the top bunk”; I went to art school, didn’t finish my homework, so I went home and came back and confronted my teacher with a knife” (WTF?); “I gave up playing baseball for art school”; “I was a body-guard after being drafted in Korea;…and I could go on.

His most proud moments, I think, involved sitting at the head of the dining room table during holidays, birthdays and special events, silently relishing over the legacy he had built as he observed his brood vociferously consume his famous lasagna.  However, trips to Disneyland with his family equaled, or may have surpassed, his enjoyment at the party table.  He loved the Pirates of the Caribbean and monorail and spent so much time on each that he and his grandson even memorized the Spanish warning announcement, the repetition of which would predictably lead to roiling laughter.

As his light began to fade he struggled to find the work he was capable of and volunteered packaging food for the underserved or ringing the Sunday School bell and he was famous for both.  He grew to be very patient with his grandchildren and would watch cooking with Jeff Smith, Bob Ross painting, and This Old House shows on PBS Saturday mornings.  He even continued the tradition with his great-grandchildren.  He and the children would sit together for hours drawing, or simply watching television while he rested in his iconic recliner (only he was allowed in).  Most recently, he especially loved holding the babies, going to the movies, and eating hamburgers.

In the end, his headlamp even weaker than before, the stifling darkness returned for him as it does for us all.  The choking dusty pall that waits for all mortals stole away the essence of what he was, a man.  He passed away October 24th, 2019, at home next to his wife Carol without fuss and in calm release, standing in stark contrast to the brightness he had brought into this world.  Importantly, even though his weakened bones and muscles could no longer bear the struggle, he lives on…HE continues.  But, he will no longer feel the strain in his back, nor will he endure the deafening strike of steel on rock.

Please honor Al’s legacy with his family.  His funeral services will be held 12 noon Tuesday, October 29, 2019 at the Lakeridge 9th Ward on 7825 S. Sharon Drive in Magna, UT.  A viewing will be held prior to the funeral from 11-11:45 a.m.  Interment:  Utah Veterans Memorial Park.

To order memorial trees or send flowers to the family in memory of Albert Carpenetti, please visit our flower store.