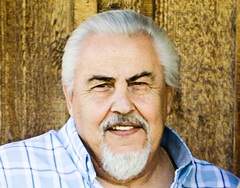 On Saturday December 3 rd , 2016 the world said goodbye to an amazing, husband, father, papa, brother and friend.   Tony Lewis was born July 17 th , 1944 to Cap and Mary Lewis.  He graduated from Cyprus High School in 1962.  He went on to graduate from CSU in 1966. He worked 32 years for the Department of Alcohol and Beverage control. Dad’s happiest moment was when he married the love of his life Leslee McGill on July 8 th, 1972. Their family grew with the birth of their son Darren and daughter Jeanette, and they continued their love affair for 44 years.

Tony was a lifelong member of Our Lady of Lords Catholic Church in Magna. He was active in the Knights of Columbus, Parish Counsel, Finance Committee, Unity Fair and was on the board for the spaghetti dinner, one of his favorite jobs at the church was working on the monthly bingo committee, dad always seemed happiest when he was helping others.

Some of Dads fondest memories where made with his cabin crew, whether it was a weekend trip to the cabin or the annual fishing expedition to Montana, which always resulted in tall tales. Dads once in a lifetime moose hunt that he was able to do with his son and grandson (where he succeeded in taking a record book bull moose) was at the top of greatest moments.

For all the joy and laughter these moments brought to him it all paled in comparison to the love, laughter and joy he experienced with his grandchildren. He was the proud papa to four grandson’s and two beautiful granddaughters

In lieu of flowers, please make donations to Our Lady of Lourdes Building Fund.

To order memorial trees or send flowers to the family in memory of Anthony Lewis, please visit our flower store.