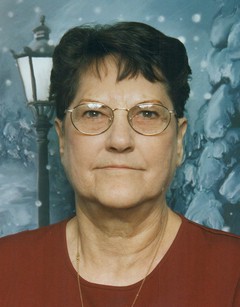 Arlene was educated in the Jordan School District.  She returned to earn a business certificate when a single mother with four children.

Arlene enjoyed sewing and crafting.  As she aged and dealt with health problems her skills may have slipped but her enthusiasm never did.  She was always planning a new project.  She embraced the statement, “She who dies with the most fabric wins".  If you are reading this she intended to sew something for you.

She died with massive amounts of fabric, on June 2, 2015. A grave-side remembrance will be held Saturday June 6 in the Midvale City Cemetery at 11 a.m.

To order memorial trees or send flowers to the family in memory of Arlene Mendenhall, please visit our flower store.