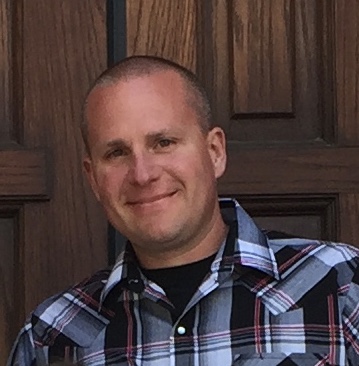 Benedict Charles Sadler was born on April 8, 1981 to William H. and Lani Moore Sadler, the last of 12 children. His devoted family welcomed him to Magna, Utah with open arms and loving hearts. Ben attended parochial school at St. Francis Xavier School where he got away with so much because of his fun and amusing personality and his sweet genuine smile. He graduated from Judge Memorial High school with the class of 1999. He attended Mass at Our Lady of Lourdes Catholic Church in Magna alongside his faith filled family, where God came first. Ben lived in Magna most of his life until he moved to Grantsville, Utah in 2016. For the last eight and a half years he was employed by MOOG, Inc. as Lead Senior Quality Inspector, a challenging job that Ben thoroughly enjoyed.

The brightest light in Ben’s life was his daughter Grace Milana Sadler. He loved his "beautiful amazing Grace” with his whole heart and would sacrifice anything for her happiness. Ben and Grace spent many happy hours with his sweetheart, and the love of his life, Cynthia Thomas. They would spend time at their home tending to the garden, and chasing the chickens, ducks & goats in the “petting zoo!”.  They enjoyed riding their ATVs in the Stansbury Mountains behind their home in Tooele Valley.

Ben was a rambunctious little guy that kept his Dad busy. Handing him tools while fixing the car and tagging along behind him everywhere he went, always curious and inquisitive. Ben was blessed to be able to travel the world with his parents, visiting 16 different countries including the Vatican. As an adolescent Ben was an exceptional baseball player and pitched for Judge Memorial Catholic High School. Dad spent many hours fielding his pitches on the grounds of Magna Elementary and in the family’s back yard. Dad was a consummate gentleman and Ben became the same by watching him. When he was very small Mom would strap him on her back and head outside to garden at the old Magna house…he looked like a baby monkey clinging to her! As he got older, Ben and his beloved Mother became “kitchen buddies.” Mom was a first-class cook and the two enjoyed cooking together—Mom especially delighted in Ben’s smoked cuisine and grilling skills. We still don’t understand their fascination with kale though.

Ben never lacked in love & attention as he grew up, his ten siblings taught him how to walk & talk; how to count and recite his ABCs. How to hold a rosary "properly". How to dribble; how to dance; how to catch a fish & track a deer; how to ride a bike & a horse; and, how to throw a punch. His doting siblings are Mark W. Sadler; Paul L. Sadler✝ (Ruby); Pamela Corisis (David); Janice Reading; Patricia Obrys (Joseph); James A. Sadler✝ (Janet); Camille Hartley (Greg); Michael P. Sadler (Marie); Adam D. Sadler (Sandra); John Thomas Sadler✝; and, Mary Margret Fadel✝. Ben had many nieces and nephews whom he loved dearly.

Due to the current restrictions in our community, services will include only immediate family.

In leu of flowers make donations to Wounded Warriors Project.  See link below.

To order memorial trees or send flowers to the family in memory of Benedict Sadler, please visit our flower store.