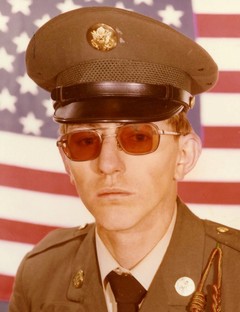 Bradley Vernon Bair, passed away February 5, 2018, after a courageous battle with Cancer. He was born February 2, 1955 in Provo, Utah to Vernon C. and Janet Despain Bair. Brad graduated from Cyprus High School. He served in the Army in Germany from 1974 to 1977.

He was preceded in death by his father, brother, David, sister, Darleen.

In lieu of flowers the family asks that donations be made in Brad’s name to the Cancer Society.

To order memorial trees or send flowers to the family in memory of Bradley Bair, please visit our flower store.