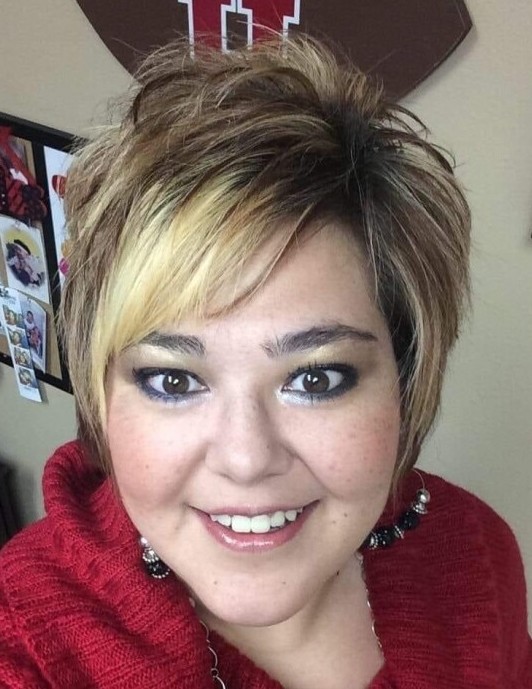 Brandee Kaye Burrell-Whiting Garvoille was born April 22, 1980, in Granger, Utah, to Michael Keith Burrell and Tracey Ellsworth Burrell.  Brandee passed away on July 8, 2020, after suffering a years-long battle with numerous health issues, including a failed back surgery and the debilitating effects of Postural Orthostatic Tachycardia Syndrome. Brandee graduated from Cyprus High School in 1998 with honors, including the Sterling Scholar Award. Brandee married Andrew David Garvoille on April 21, 2000 in the Salt Lake Temple. Brandee’s Daddy Mike lost his life in an industrial accident the month before she was born.  When Brandee was five years old her mother married Scott Preston Whiting, who later adopted her.  When she heard the news that Scott was marrying her mommy, she said, “Good!  Now I can call him, Dad!” Brandee loved children and always had a baby in her arms.  Brandee and Andrew were blessed with two beautiful children, Travis Carter and KayCee Rae.  Brandee had a heart of gold, and was loved by everyone, including her health insurance clients, who so appreciated her expertise in special needs and Medicare.  She was an avid Utah Ute’s and NASCAR fan.

Preceded in death by grandparents and fathers.

Due to Covid-19 restrictions, a private family memorial will be held.

In lieu of flowers please donate to Autism Speaks or Utah Kid’s Foundation.

To order memorial trees or send flowers to the family in memory of Brandee Garvoille, please visit our flower store.