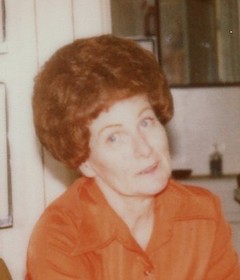 Kay was born in Lake Shore, UT to Albert and Catherine Singleton.  The 5th of 6 children including Grover, Gwen, Cleo, Roy and Dave she grew up in Orem, UT in the home her parents built.  After meeting and marrying Don Schwinghammer the couple settled in the Salt Lake valley where they raised 5 children.  She later married Stanley Jordan. Kay worked for 26 years as a Unit Clerk at the University Hospital where she was very well respected.  As a member of the LDS Church she took pride in her role as a temple worker later in life.  Kay is survived by her children Michael (Sharon) Schwinghammer, Linn (Fred) Hyer, Susan (Robert) Andrus, Rebecca (James) Hughes and Don (Marlyn) Schwinghammer, 13 grandchildren and 5 great-grandchildren.  She is preceded in death by her parents, siblings and husbands Don Schwinghammer and Stan Jordan.  Our family would like to extend our sincere appreciation to the staff of Peachtree Assisted Living and Comfortworks Hospice for their kindness and care.  With a wink, a tight hug and a Diet Coke we say goodbye with love.  Graveside service will be 1 pm Friday May 12, 2017 at the Utah Veterans Memorial Park, 17111 South Camp Williams Rd, Bluffdale, followed by a celebration of Kay's life at the home of daughter Linn after services.

To order memorial trees or send flowers to the family in memory of Catherine Jordan, please visit our flower store.