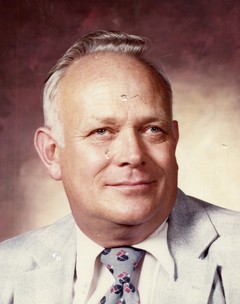 Charles Lewis Cash, our father and grandfather passed away peacefully after a short stay in Jordan Valley Hospital - West Campus, on July 28, 2016.

Charlie was born October 25, 1931 in Salt Lake City, Utah. He is the son of Haywood Cash and Laura Alice Whipple. He graduated from South High. He married Ardath Lynne Tripp and they had three children.

Later divorced, he married Lenett Ashby Winslow on February 8, 1964. Together, they added three more children and he became a loving stepfather to Lenett's two children and an outstanding foster-father to several foster children.


Dad was a proud Marine and served in Korea. We are proud of his military service and for the love of country that he instilled in each of us.  He was a career US postal service worker serving in Salt Lake and later as Postmaster for many years in Elko Nevada. In later years, he was an LDS church custodian in Elko County Nevada.  He later served in the Salt Lake City LDS temple. One of his favorite things about working in the temple was arriving first in the morning and having the privilege of unlocking the doors and turning on the temple lights before anyone else arrived.

Dad took great pride in his yard.  He worked hard growing amazing flowers and vegetables.  No matter where he lived, he made his yard the envy of others, even in Elko, where his yard was the only one with green grass. He had a green thumb. For example he would dig up trees and transplant them where he wanted them.  People would tell him he was crazy, they are going to die, but he would say, “They just need water”.  Then he would drown them with water and they would thrive.

Dad’s favorite things were peanuts, popcorn, coke (later diet Pepsi) and Hershey’s bars.  He said that’s all you needed to survive in this world.

Dad was a little league baseball coach for four years and taught many boys how to play america's pastime.  The last two years he coached the team won the league championship playing against their arch rivals, the Cardinals.

Grandpa had a favorite saying that he quoted to his children many times, and we would cringe every time he said it.  “I may not always be right, but I am never wrong”.

His fondest wish was to own a 55 Cadillac.  At one time he owned a green caddy which was his pride and joy.  His oldest daughter learned to drive in the caddy.

Having been adopted himself, he along with his wife Lenett became  foster parents to many children, two of which they considered their own daughters and never quit being concerned about them.

The family would like to especially thank Mary Kay from Millcreek Hospice for her excellent care and support during dad's final days.  We also express our thanks to Chaplain Dave and the staff of Jordan Valley West Hospital - West Campus for their kindness to the family and their care of dad.

To order memorial trees or send flowers to the family in memory of Charles Cash, please visit our flower store.