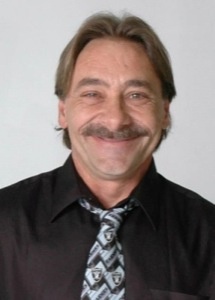 Charles "Junior" Newman, born December 1, 1968 passed away tragically on June 12, 2014. Husband, Father, Brother and Friend his loss will be felt deeply. Junior had the biggest and most generous heart anyone could imagine. He loved his family unconditionally and with pure passion, they meant everything to him. Junior was the best father and grandfather anyone could ask for, his kids, his "grandpa's-little- buddy" Ryker and his precious little namesake Oaklynn were the world to him.

Next to the love of family, the Oakland Raiders was his second love. There wasn't a day that went by that he didn't have something on to represent the Raiders and his Raiders collection was his pride and joy.

Junior also loved anything outdoors, fishing, camping, exploring or just taking a drive through the canyons on his Harley.

Junior was also very proud to be a member of our community in Magna. He would spend hours driving up and down the streets just to waive at friends and family. He would stop and help anybody if they needed it, give them his last dollar, tow their car, or just stop and offer help, and it didn't matter if he knew them or not. He will be greatly missed around Magna. His absence will always be felt.

To order memorial trees or send flowers to the family in memory of Charles Newman Jr, please visit our flower store.