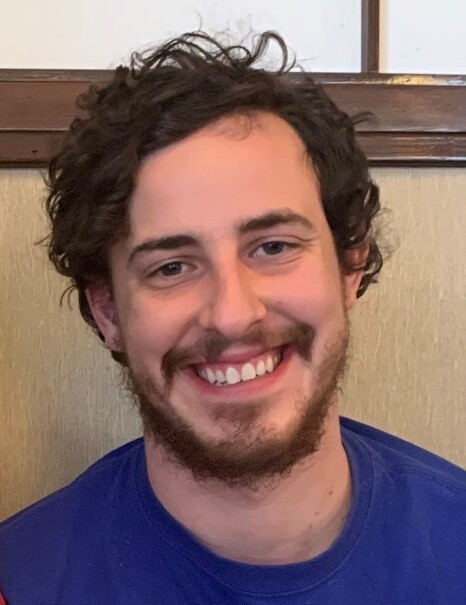 Christopher, beloved son, brother, friend, and partner, passed away on July 19, 2021 at the age of twenty-nine in Bountiful, UT. He was born on May 10, 1992 in Spokane, WA to Stephanie Johanna Vlasman and the late Brian Edward Harsh. Chris was mechanically gifted, kind-hearted, and loved to make people smile. He was playful, gregarious, and an excellent study of people. His diligence helped him excel at baseball, swimming, Halo, laser tag, and friendly karaoke. In high school, he medaled in Taekwondo at the national Junior Olympics, and went on to earn his black belt. He graduated from Mount Rainier High School with honors, and was a commencement speaker.

He earned a Bachelor of Arts degree in Creative Writing from the University of Washington in Seattle, WA, where he also made lifelong friendships with his brothers in the Alpha Sigma Phi fraternity.

Chris worked many trades after graduation, including server, bartender, DJ at KEXP, construction/carpentry worker, and home care worker. In the last few years he earned his certification as a legal videographer. At work he was a respected leader, and he used humor to brighten the days of those he worked with.

His passions included legos, comedy, music, performing, spirituality, and poker. He was a voracious reader on a wide variety of subjects, but especially those regarding personal and spiritual growth. He attended meditation retreats in Spain and Lake Tahoe, California. He meditated daily, sometimes for weeks or months at a time. Most recently, Chris was a very involved member of his local poker community. He was an excellent player, devoted to one day becoming a renowned player.

Chris leaves behind his beloved partner of almost three years, Gabriela D’Elia. They enjoyed singing, playing music, skiing, camping, hanging out at home, and dreaming of the future. As Gabriela said, “Many of us know Christopher as a gift to this world who brought patience, receptivity, kindness, and honesty. His way with words allotted him a keen wit and jolly spirit that touched each person who met him. Music also spoke to Chris’ soul deeply. His depth of insight, dedication, and joy can fill any heart.”

Christopher is survived by his mother, Stephanie Johanna Vlasman of Palmerton, PA; his sister, Felicia Marie Harsh of Seattle, WA; and his partner Gabriela D’Elia, in addition to his extended family and many, many friends. He will be greatly missed.

To order memorial trees or send flowers to the family in memory of Christopher Harsh, please visit our flower store.