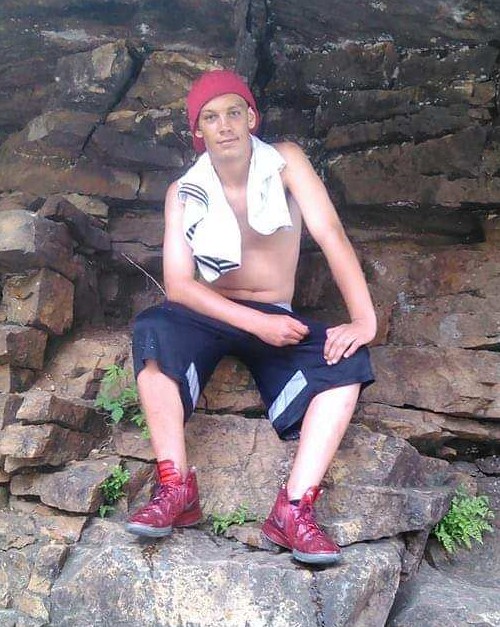 Christopher LeRoy Vigil 1994-2019        Chris was 25 when he passed away at home on Saturday, September 14th, 2019. He was born on May 3rd, 1994 to Ben Albert Vigil and Leslie Christine Leavitt Vigil. Chris suffered from seizures since he was 3 months old. He lived in Kearns Utah with his mother Leslie and his brothers Ben and Justin and grandmother Elaine. He was very close with all of his brothers Robert and Zachary. He loved being a uncle to all of his nieces and nephews. Chris was a kind, thoughtful, loving man. He would do anything he could to help someone in need. His cousin has a daughter that is disabled and whenever she would come over to his house he would go out of his way to help her relax. He would always make her smile and laugh. Harlie loved him so much! Chris  loved sports on TV and on the field. He grew up playing soccer all thurgh school. His older brother Zach was his coach when he was younger. When he was a teeager his nickname was (HAIR) if you didn't know him then you have to see a picture. He had great hair! He was a great help to his grandmother Elaine. Every morning he would wake her up and make her breakfast. On the days she would go to the Kearns Senior Center he would help her get her walker out to the bus. I heard that one of the best parts of his day was when he would give the bus driver a hard time. As a family i would like to say Thank you to everyone that has donated there time or money to make this hard time for Chris's family a little bit easier. Chris will be missed by everyone that knew him. Chris is Surived by His Mother Leslie Christine Leavitt Vigil, residing in Kearns, Utah, his brother Robert Wysocki, nephew Lucas Wysocki, residing in West Jordan,Utah his brother Ben Vigil and his niece Brianna Vigil, and nephew Benjamin Vigil, residing in Kearns, Utah, his brother Zachary (Kathryn) Vigil, and his nieces Lyla and Anaya Vigil, residing in Riverside California, his brother Justin Vigil, and his nephews Jordan Monger, and Damien Vigil, and Riley McCleery and niece Velissa Vigil residing in Kearns Utah. And many uncles, aunts and friends. He was preceded in death by his father Ben Albert Vigil, his grandfather Ben Vigil Seinor, his grandfather Blaine Leavitt, his cousin Nathan Albee, and his dog Cubbs. the Funeral services will be held on Wednesday, September 25th 2019 at 12pm at the Kearns 21st ward chaple. Located at 5720 south 4270 west Kearns Utah 84118. A viewing will be held on the same day and place frome 10:45 to 11:45. There has been a Gofundme account set up in Christopher LeRoy Vigil's name to help his mother cover the cost of Chris's funeral. Please post any stories or pictures you have to the Tribute wall so we all can see them.

To order memorial trees or send flowers to the family in memory of Christopher Vigil, please visit our flower store.