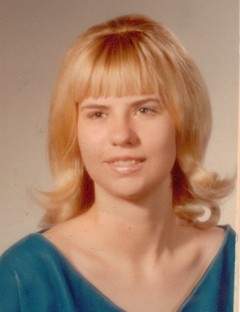 Cindy Daddow, 60 of Salt Lake City, UT, passed away peacefully at her home surrounded by family Thursday, June 11, 2015 from a long battle with schizophrenia and COPD. Cindy was born Nov 28, 1954 in Queens, New York to Raymond Erwin Beeman and Elsie Mae Briden. Part of the baby boomer generation. After her father's military service, her family moved to Missouri. In 1971 she moved to Magna, Utah with her family, attended Cyprus High school and participated in girls swimming. In the Fall of 1971, she met Terry Vaughn Daddow and later married Sept 2, 1972 in Magna UT. In 1974 she separated from Terry and moved to Missouri with her children, receiving her diploma from Belton High School in 1975.

The 80s proved a tumultuous time for Cindy. In 1980, after an arduous and difficult marriage, she separated again from Terry and moved back to Magna, divorcing in 1982. In 1981 Cindy lost her children to foster care. Despite the hardships, she set her sights on one day reuniting with her children. She studied at Utah Technical College, receiving a certificate in clerical studies in 1984. She did House Of LLoyd to provide christmas for her children. In 1998 She Moved to Clinton, Missouri. In 2005, she moved to Tooele, Utah. In 2011 she moved to Salt Lake City. Cindy enjoyed spending time with her children and family whenever possible. She made friends everywhere she went. She enjoyed listening to music, watching DVDs, drinking soda pops with her neighbors, and she never passed up a good water fight. Cindy was known for helping the homeless, often giving them a place to sleep and something to eat.

Cindy is preceded in death by her sister, Janet (Jeff) Kingrey; Grandparents; Ray and Ivan Beeman of MO, Charles and Nellie Briden of MO; friends, Linda Wade of UT, and Luann (Larry) Hackett Of UT.

Special thanks and recognition to Bristol Hospice, Avalon, VMH, and Reflections House, where she made long lasting friendships. Cindy had many challenges in life and through it all, she still loved her family and her heavenly father. Cindy is an inspiration to those she touched and will always be loved and dearly missed.

To order memorial trees or send flowers to the family in memory of Cindy Daddow, please visit our flower store.