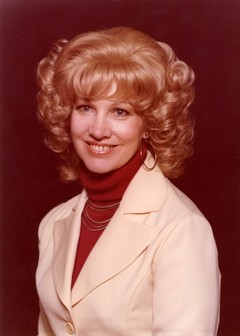 Almira Connie Durrant O’Hanlen Miner passed away December 14, 2017. She was born April 6, 1932 to Rendell and Emily Durrant. Connie loved ballroom dancing and won many contests. She worked at Tooele Army Depot, Dugway Proving Ground, Fort Douglas for the Scientific Director and Commanding General. She was a member of the LDS Church where she held many positions. She married Winford O’Hanlen and then later Richard Miner in the LDS Temple. Survived by children, Patrick (Susan), Marilyn, and Karen; 14 grandchildren and 15 great grandchildren; sister, Gloria; and brothers, Ralph and Rendell; preceded in death by daughter, Patricia; parents; brothers, Dean, Howard, Max, Lynn, and Floyd; granddaughter, Elyse; and great grandson, Abel.

To order memorial trees or send flowers to the family in memory of Connie Miner, please visit our flower store.