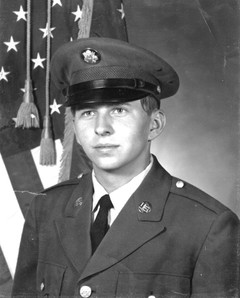 Dale William Kemp began his mortal journey as the third son and youngest child of Thomas J. and Hedwig K. Kemp. He passed away on April 27, 2017, at the V.A. Hospital in Salt Lake City, Utah.

Since childhood and throughout the years of his life, Dale was known for his easy-going and agreeable nature. He was pleasant and positive to the last days of his life, and will be fondly remembered for his quiet smile. His gentle, kind manner will be sorely missed by all who were privileged to know him.

Dale was a true “mountain man”. He loved camping, fishing, hunting and sitting by a campfire. His sons cherish memories of their dad roasting marshmallows and telling them jokes & stories by the glow of the fire.

To order memorial trees or send flowers to the family in memory of Dale Kemp, please visit our flower store.