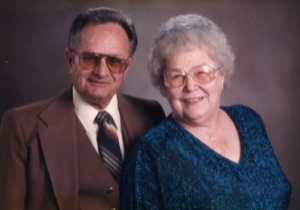 David Lee Morse Sr. passed away December 31, 2013 at home in his sleep. He was born June 15, 1934 to Ferrel and Emma Jane Edwards Morse. He joined the US Navy when he was 18; and then married Roxie Jane Fullmer September 10, 1955. He retired from Kennecott Copper. David coached little league for many years and to this day the kids call him "coach". He and Roxie were on bowling leagues and they both loved to play golf. David loved music, doing the soft shoe shuffle, and playing the spoons. He has been sober for 22 years. Survived by his daughters, Debbie (Brent) Harker, Jody Larkin, and Angela Morse Ricci; 6 grandkids and 11 great grandkids; and sister, Loa (Leonard) Bell. Preceded in death by parents; wife; son, David Lee Morse Jr.; stepson, Randy Charles Sudbury; sons-in-law, Richard Ricci and Greg Petersen; brother, Richard Jay Morse; and great grandson, Zad.

To order memorial trees or send flowers to the family in memory of David Morse Sr, please visit our flower store.