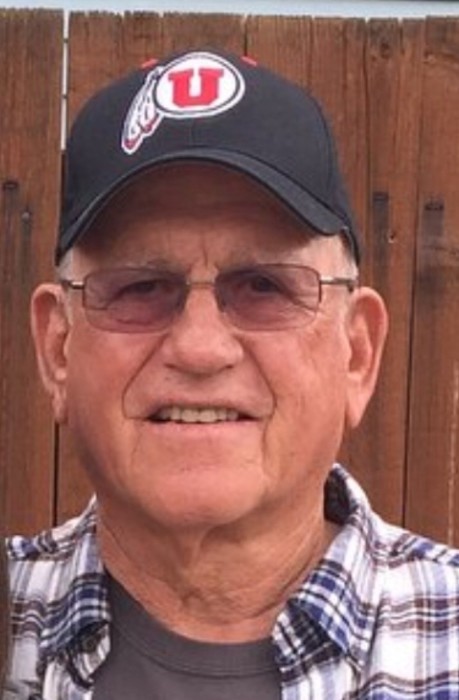 
Our husband, dad, grandpa and friend passed away suddenly but peacefully August 2, 2018.  Dad was born September 29, 1937 in Beaver, UT to Earnest Cecil and Letty Marie Jensen Pearce. Dad loved growing up in Beaver UT and talked often of the many wonderful memories from those days. His family moved to Granger UT in 1950, and he attended Cyprus High School where he excelled in athletics and was especially proud to be part of the 1955 Cyprus High state basketball championship team. Dad has many treasured friendships from high school that continued throughout his life.

He married Kathleen Rogers and together they have 3 children, “Little” Dave (Tammy), Debbie Hill (Clark), and Diane Backman (Jeff). Though they were later divorced they remained close friends. He married Sharon Layton, later divorced.  Married Charlene Dalton who stayed faithfully by his side for 20 years until his death.

He was an honest and principled man. Dad could literally do anything and loved helping and would be the first there for family and friends with anything they needed.  Dad’s dedication to provide for his family and his incredible work ethic are simply unmatched. He worked for United Airlines for 30 years and also had his own concrete business.  Having his own business not only helped him provide for our family but allowed him to mentor and teach so many the importance of hard work.

Dad kept a beautiful yard and even though he didn’t swim he put in a swimming pool that would provide years of happy memories for family and friends. Dad’s passions were family, hunting, fishing and sports.  He especially enjoyed watching his children, grandchildren and great children in anything they were doing or playing. He was so proud of all their accomplishments and spoke often of how proud he was of them all. He was thrilled when he got to be on the field when his grandson coached the Herriman High Mustangs with 2 of his great-grandsons on the team to their first state championship.

He is survived by his wife; his children; 7 grandchildren; 12 great grandchildren with one on the way; sisters, Joan and Zelma; and brother, Doug. He is preceded in death by his parents; sisters, Marie, Jean and Zora; brothers, Ray and Ed; and granddaughter, Chelsie Hill.

We have many wonderful memories that dad has left us and we would love if you have a special memory that you share it with us at mailto:Debphill83@gmail.com  or peelfuneralhome.com  At Dad’s request there will be no formal services.  Our family has planned a casual open house on August 18, 2018 from 1 pm-5 pm at 3689 S. 5725 W. West Valley City, UT 84120.

To order memorial trees or send flowers to the family in memory of David Pearce, please visit our flower store.