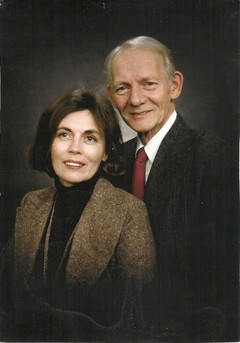 Dawn was born February 4, 1937 in Spring Lake Utah to Anthony Wayne and Anna Johnson Thomas.  Her family lived in Spring Lake until 1948, when they relocated to Spanish fork  Utah.

After graduating from Spanish Fork High School in 1955, she moved to San Francisco, CA.  While in San Francisco, she met and then married Lewis Marvin Crawley Jr. (Billy) in 1959.  Dawn and Billy relocated to Fayetteville North Carolina in 1960.

In 1970, the family was relocated to Butte Montana when Bob was offered a new position with Safeway.  In Butte, their second daughter Heather was born on January 21, 1972.  The family remained in Butte Mt until 1983, when they relocated back to Salt Lake City.

Bob and Dawn took great care and many years to restore their beautiful home in the Avenues.  Careful to preserve the charm of the home, they filled it with antiques and collectibles.  Dawn lived in this home until her death.

Dawn loved her children, they were her life.  She stayed home to raise them, earning extra money cleaning homes while they were at school.  Once she moved back to Salt Lake City, she worked for the Salt Lake School District in elementary food service. Dawn came from a family of hard workers and integrity. She loved to collect antiques, and was very active up to the day of her passing.

Once retired, she and Bob spent a lot of time on their land in Duchesne County.  They loved to spend time on Strawberry and Starvation Reservoirs, fishing and enjoying the beautiful terrain.  Dawn was a best friend and was loved by many.  She was a fixture at the 10th Street Senior Center, where she played cards, practiced yoga and socialized with her wonderful friends.

We would like to extend our heartfelt gratitude to the 10th Street Senior Center and staff.  After our fathers death, the staff and resources there enriched our mothers life immensely.  She made so many wonderful friendships there and looked forward to going there daily.  We would also like to thank her yoga instructor for dedicating their practice to her on Monday.  We were incredibly touched by this gesture.

In lieu of flowers, we would like donations to be made to the 10th Street Senior Center in our mothers name, so that others lives can be enriched with their activities and social programs.  Checks can be made to:

To order memorial trees or send flowers to the family in memory of Dawn Nordloh, please visit our flower store.