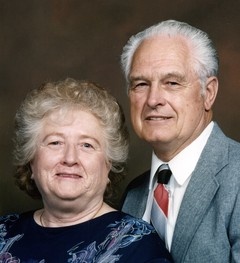 MAGNA- Deane Thomas Jenkins, passed away October 29, 2016 at his home while surrounded by his family. He was born July 23, 1925, in Saint Anthony, Idaho to Adelbert Thomas and Nellie Katherine Weaver McMinn Jenkins.  Deane married his sweet heart Donna Perrenoud,  September 29, 1943 and later their marriage was solemnized in the Salt Lake Temple.

Deane was drafted at the age of 17 and served in WWII on Guam.  After the war Deane worked as a carpenter in construction and then retired from United Airlines after 25 years of service.  He was active in the LDS church and served in many callings. Deane was an active Boy Scout Leader and was awarded the Silver Beaver. Deane and Donna both served a mission as a temple worker at the Jordan River Temple.

The family would like to thank Solstice Hospice and especially Ginger and Heather for their loving care.

To order memorial trees or send flowers to the family in memory of Deane Jenkins, please visit our flower store.