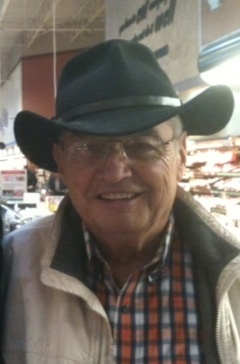 Joseph Dennis Catten left us on September 1, 2014 at his home in Riverton, UT, after a short battle with ALS.

Dennis was born in Magna, Utah, on March 17, 1936. He was the fifth of nine children, but the first who asked "why" when given instructions. As a teenager, he and his friends did things while at Cyprus High School that are still laughed about around town. Dennis served in the United States Army, and then graduated from the University of Utah with a degree in Accounting. He married Bonnie Barber, raised three children, then later married Marva Pittman and adopted three more.

Dennis was the nucleus of a family that stretched across states and oceans. He coached little league baseball, laughed the loudest in any situation, called his children and grandchildren every day, and helped people with any kind of problem- from taxes to relationships to roofing. He was the kind of guy who handed you his fishing pole as soon as he got a bite; although he made sure to specify that it was called "fishing" and not "catching." Not a stranger to trouble, spoiled plans, and tripped feet, he had the ability to summarize an entire philosophy on life with a smirk and a shrug. He was a master storyteller and an even better listener. He taught us that anything could be fixed with kind words, family, and duct tape.

Celebration of a life well-lived Friday evening, 5:00 until dawn at 4906 South Fairview Drive, Holladay, Utah. Please join us to share a memory, a laugh, or a hug in honor of Dennis.

To order memorial trees or send flowers to the family in memory of Dennis Catten, please visit our flower store.