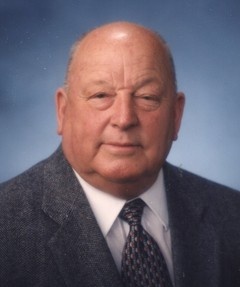 Dick Bezzant, beloved father, grandfather, great-grandfather, brother, uncle and friend, passed peacefully away the evening of Saturday, July 30 at home while attended by his family.  In eternity, he is reunited with his loving wife, Joyce.

Dick was born to Orald and Gladys Bezzant on July 7, 1926 in Garfield, Utah, the third of five children.  He graduated from Cyprus High School, attended the University of Utah, worked at Kennecott Copper and Litton Corporation and was a successful business owner in the construction industry.  During World War II he served honorably in the U.S. Navy where he volunteered and trained on an Underwater Demolition Team.  He was a faithful member of the Church of Jesus Christ of Latter-Day Saints and served in many callings, including Scoutmaster and Bishop.

His greatest treasure, and the work of his life, was his family.  He and Joyce Dixon were married July 25, 1947 and later sealed in the Salt Lake Temple. Their life together was joyous and they remain deeply in love though she preceded him in death by nineteen years.  His devoted and selfless care for her during extended illness is an enduring and powerful example to all who knew him.

Dick is survived by his children, Ric and Charlotte Bezzant, Connie and Jeff Monsen, Jim and Shellie Bezzant, Rob and Holli Bezzant; his sister, Dorothy and Lynn Miller; 13 grandchildren and 29 great-grandchildren.

He is preceded by his eternal companion, Joyce; brothers, Kenneth and Neldon; and sister, Maxine Collings.

To order memorial trees or send flowers to the family in memory of Dick Bezzant, please visit our flower store.