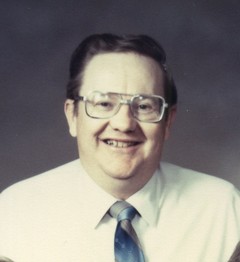 Born February 18, 1947 in Price, Utah to John Thomas Houghton Sr. and Deseret Josephine Gilbert Houghton. He grew up in Castle Gate where he enjoyed a very happy childhood.  He loved playing baseball and tennis.  He lettered in tennis at both Carbon High school and College of Eastern Utah which he attended for one year.

He served an LDS mission to the Southern States Mission which at the time included Georgia, South Carolina and Alabama. Upon his return he enrolled at BYU. In 1969 he met and married Jane Morton and this past September they celebrated their 45 th wedding anniversary. Together they have one son William Thomas (Tommy) Houghton and three grandchildren.

In February 1973 he joined the US Air Force as a Security Policeman and served proudly until April 1980. During his years in the Air Force he was stationed at Hill AFB, RAF Chicksands, England and Malmstrom AFB, Montana. He also went TDY to Goose Bay, Labrador.

In 1979 he and Jane bought their home in Magna where they lived for the rest of his life.

He served in many church positions and he and Jane served a mission in the Salt Lake Cambodian Branch where he was the assistant scout master and came to love the Cambodian scouts.

Don worked for a short time at the Denver and Rio Grand Railroad, then for a security agency until he was hired by American Express to guard their new building in West Valley City.  He worked there for the next 15 years until being downsized in 1996.  He then went back to work for a security agency until he fell off the roof of their home on November 14, 1998 breaking his back and receiving a spinal cord injury from which he suffered pain for the rest of his life. After a long recovery he went to work for the Salt Lake County Sheriff in the Salt Lake County Jail where he worked for the next 8 years enjoying his work and making many good friends. He worked there until his health became so bad he had to quit working and go on long term disability. The last 2 years have been very hard.  In 2013 he suffered terribly from constipation partly from his spinal cord injury and partly from many years of taking medications to help with his stomach problems and Barrett's Esophagus.  In October 2013 his constipation became so bad that his colon died and he had to have it removed during which his heart stopped and he suffered 2 strokes which affected his left arm and leg. After several months of  Physical Therapy he was able to get around using a walker and grab bars.  He also had Rheumatoid Arthritis and diabetes.  He had his right heel partially amputated then his big toe and this year his second toe. This year he has had several bouts of infection because of his compromised immune system from the medications he took for his RA. All of these problems finally took their toll on his poor worn out body and contributed to his death on December 9, 2014.

He loved his family dearly and was always happy to see his grandchildren even tho he was not able to do much with them. He was so happy to be able to attend his grandson Christian's wedding to Jannetha Cox on September 5 th just one day before his and Jane's 45 th anniversary.

He was surrounded by his family when he passed peacefully in his sleep. He is survived by his wife Jane, son Tommy Houghton of Taylorsville, grandson Christian (Jann) Houghton of West Valley City, granddaughter Maggie Jo Houghton of Stansbury Park, his mother-in-law Molliedean Morton of Vernal and several in-laws and nieces and nephews. He was preceded in death by his parents, Sister Joann Hyatt, brother John Thomas Houghton, Jr, a granddaughter Lucy Jane Houghton, brother-in-law Charles (Chuck) Johnson and sister-in-law Diane Powell Morton.

The family would like to thank the University of Utah Hospitals and Clinics, VA Hospital and Avalon Health and Rehabilitation Center for their kind and gentle care for Don these last few months.

To order memorial trees or send flowers to the family in memory of Donald Houghton, please visit our flower store.