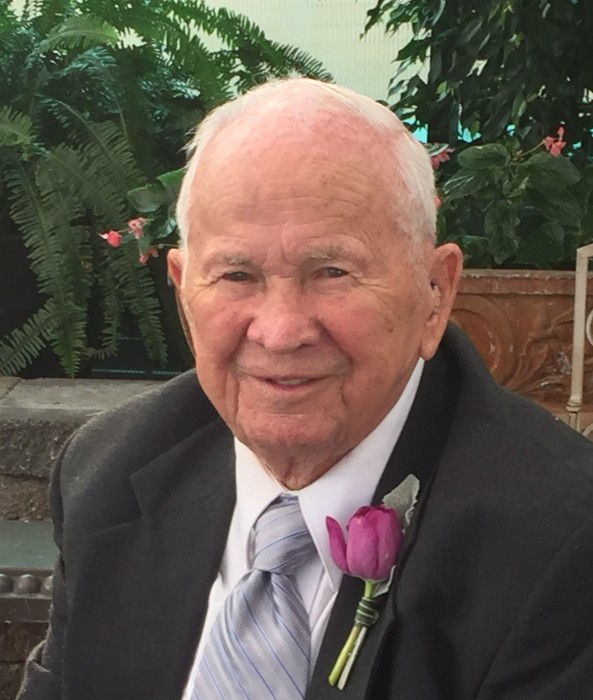 Don was reunited with the love of his life and eternal companion on May 10, 2019.   The son of Leigh Warden and Lavina Hardman Robinson was born on October 28, 1925 in Magna, Utah.   He was one of eight children and they all learned to work hard to meet the needs of their family. After turning 18 years old, Dad signed up to be in the U.S. Army where he served in Germany and Austria from 1944-1946.   Upon his honorable discharge he found a job working at Tooele Army Depot where he worked until he retired.   It was during a bus ride to work that Dad met Madalyn Mecham.  Dad married Mom on July 29, 1949; their marriage was later solemnized in the Salt Lake Temple.  They celebrated 65 years together.   Mom and Dad enjoyed everything together from playing golf, watching softball games, traveling in their travel trailer to spending time in their home in St. George Utah.   Dad was known for his quick wit and would go to great lengths to pull practical jokes on the people he loved.

We would like to thank the Signature hospice team for their care and love they showed our father during his final journey in this life.  There is definitely a special place in heaven for these earthly angels.

Dad’s great-grandson has autism and in lieu of flowers the family would be honored to have a donation given to the Autism Hope Fund that helps families with the cost of autism spectrum disorder diagnostic assessments and treatment plans.   https://umarket.utah.edu/ugive/index.php?gift_id=431&parent_id=21

To order memorial trees or send flowers to the family in memory of Donald Robinson, please visit our flower store.