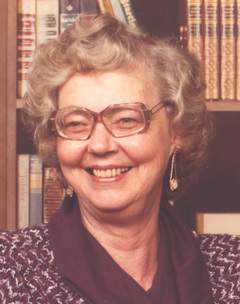 Doratha Wilcken Richards, 92, died September 1, 2015 in Bountiful, UT. She was born December 15, 1922 in Salt Lake City to Hugh Alonzo and Ruby Rebecca Fairclough Wilcken. She married Robert Nile Richards October 23 1940 in Evanston, WY; their marriage was sealed in the Salt Lake LDS Temple January 27, 1956. A magna resident since 1943. Dode is a faithful member of the LDS Church and served a family history mission in Salt Lake City. She was a member of the DUP and the Magna Senior Center, and retired from the Newspaper Agency Corp. She enjoyed playing Rummy Cube with her dear friends each Thursday. Dode deeply loved her family, celebrating their successes and sharing their hurts. She continued the family tradition of decorating the Christmas tree with candy bars and an envelope for each child.

To order memorial trees or send flowers to the family in memory of Doratha Richards, please visit our flower store.