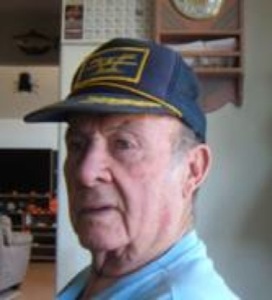 Dorian Ray Bowen, 85, returned to his heavenly father in the early morning on April 01, 2014 where he passed peacefully. Ray was born February 26, 1929 in Wellsville, Utah, the first of eight children to Elmer Joseph Bowen and Sara Bailey Darley. Ray grew up and attended schools in Magna, Utah.  In his younger days he was known by (Sonny) to many of his friends and family. After graduation from Cyprus High School he went to work for Kennecott Copper, his employment was interrupted when he joined the US Navy. His enlistment was cut short by the death of his father, and he was granted a discharge to return home to help his mother. Ray returned to work to Kennecott where he was a machinist and maintenance supervisor at the Smelter, retiring there after 39 years of service. Dad was a master of all trades, there was no job he couldn't engineer, fabricate and build.  Everyone knew if they needed something done, Ray could do it. Dad loved all sports and was well known for his great pitching in the annual all church fast pitch softball tournaments and his pitching and coaching in the Salt Lake Metro league.  Dad also enjoyed working on stock cars in the pits at the Salt Lake Fairgrounds. He loved hunting, fishing, bowling, and anything outdoors with his family and friends. Dad loved to tell jokes and pull pranks on everyone he knew; when he left you were always smiling. Ray married Ruby Joyce Davis and had three children together, Donald, Linda and Kenneth. They later divorced. He met and later married Marilyn Jean Walters October 10, 1959. Together they raised three children, Lynne, Rick and Rod and made their home in Hunter, Utah. Ray is survived by children, Donald (Cathy) Bowen, Linda (Chuck) Piekkola, Kenneth (Patsy) Bowen, Lynne (Sherman) Smith, Rick (Pat) Summers, and Rod Bowen; sister, Ivlue (Joe) Rosa; brother, Harvey Kent (Kathy) Bowen; sister, Kathlene Bowen; brother in law, Max Moser; sister in law, Varna Bowen; 19 grandchildren, 25 great-grandchildren, 3 great-great grandchildren. Ray was preceded in death by wife; his parents; sisters, Sherma, and Florence Leane; brothers, Elmer Darley, and JayLynn; and grandson, Shane.

To order memorial trees or send flowers to the family in memory of Dorian Bowen, please visit our flower store.