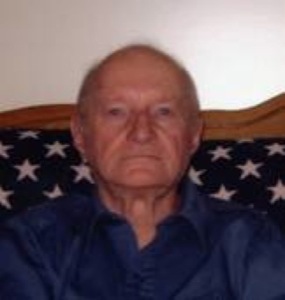 Duane Lee Roberts was born on July 4th, 1927 in Fort Collins Colorado to Harvey Dewy and Irene Roberts. He passed away on March 7 th , 2014 at his home in Magna Utah. He is survived by his sister Dorene Roberts. On July 30th, 1954 Duane married Helen Marie Davis and the two were together for 57 years. They had three children, Harvey Roberts, John Drake and Sandra Drake. In 1960 they migrated from Colorado to Utah and lived there until his death. Then the grandchildren came along. From Harvey there is Meladie, from John there is Travis, and from Sandra there is Jennifer, Natalie, James and Nichole. Later on came the great grandchildren. From Travis and Shannon there is Madison, from Natalie there is Jeffery and Riley, and finally from Nichole and Jared there is Alexia and Nora. Dad was also an Eagle boy scout which is quite the accomplishment in itself. He worked as a Production Foreman for Hercules Powder Company later to become ATK Aerospace Company. Dad was a true patriot. He was drafted into the US Army at age eighteen. He loved the United States of America and everything it stands for.  He was very proud of his time in the US Army. While he was serving in the Army his tour of duty took him to Japan where he filmed the Japanese War trials. After his military commitment he went to the University of Colorado through the ROTC program and graduated on the high honor roll.  His love and interest in the Native American Indian culture was a huge part of his life as he was growing up. He also loved all aspects of shooting sports; from reloading his own bullets to general routine care of his firearms. He was a very good shot with his firearms. He once shot 50 for 50 at a trap shoot. He had a fascination with all types of knives from wildling to fighting and combat knives.  Dad was probably the most respected because of his strong beliefs of the American constitution and the recognition for the fairness of all. He was very true to himself and these beliefs. His knowledge of world history spoke volumes in any conversation and he would have made a fantastic college professor. He was very in tuned to many subjects in all eras. To Dad, a handshake was your word and no further discussion was needed. He never wavered on his beliefs and was known to be very stubborn. That same characteristic helped him be the most organized person we have known. Earlier in his life he was quite the sportsman. He played baseball, football and became an accomplished golfer. Although he quit playing golf because he said "some of those he would play with were not exactly honest about their scorecards". In the end it's hard to put 86 years of life in a short text. He lived a good healthy life and had many enjoyable years on this planet. The family would like to make a special thank you to Sharron Golden and her husband for being such wonderful friends and neighbors to Mom and Dad. They were very helpful and caring and we appreciate their selfless giving. The family suggests that in lieu of flowers please donate to the Diabetes Association. Dad will be greatly missed by all of his family and friends. We are sure that the Indian Gods are watching over him. We love you Dad. Rest in peace and we will see you on the other side .

To order memorial trees or send flowers to the family in memory of Duane Roberts, please visit our flower store.