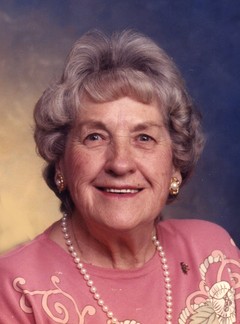 Our beloved “grandma” Elise passed away peacefully on March 10, 2016 at home surrounded by loved ones. There was hardly a time when Elise didn’t have a smile on her face or a mischievous twinkle in her eye. She brought joy to everyone she encountered and truly embraced the idea that she never met a stranger. Whether it was spending time at the Magna Senior Center, camping, hunting, fishing, playing cribbage, yelling bingo or one of her many other adventures she was always quick with a hug, a story, and for the unwary gentleman, quarters and a bet for a kiss. She truly was a positive and driving force in this world that will never be matched.

Elise was born to Bernhard Moth Iversen and Eleanor Shipp Iversen on December 14, 1922. A lifetime resident of the Salt Lake Valley, she attended West High School (class of 1941) and spent time working with her siblings at her father’s Blind Bert’s hot dog stand selling hot dogs and hamburgers to scores of West High students and residents of Salt Lake City. She went on to work at Ms. Backer’s Pastry Shop and Grand Central. Elise married Ralph Edgar on June 6, 1942 and had a daughter, Diana. After Ralph passed Elise found love again and married Foster Nuesmeyer on July 14, 1979. With Foster she joined the Knights of Pythias as a Pythian Sister and enjoyed her time as an active member.

The family would like to extend our profound thanks to Dr. Dietlein and Midas Creek for their excellent and loving care during the last weeks of Elise’s life.

Interment will be at Salt Lake City Cemetery immediately following the service.

In lieu of flowers the family requests donations be made to a local animal shelter or to the American Heart Association.

Though you are gone from our sight, you will never be gone from our hearts. After 93 years of mischief it is your turn to rest. We love you and will miss you always.

To order memorial trees or send flowers to the family in memory of Elise Nuesmeyer, please visit our flower store.