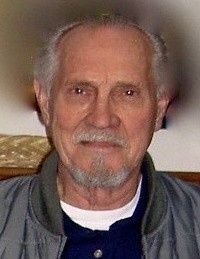 Elwin Lyle Talbot, 88 died Thursday May 28 2020 at his home in Magna, Utah Born on January 29, 1932, in Oak City Utah. The winter of the worst snowstorm in the history of Utah to Genevie Faye Dilley and Lyle Wendall Talbot at the home of his Grandma Clara Talbot. Lyle had to help the doctor over the snow drifts to get to the house. When he was about 2 years old they moved to Magna Utah. He attended Webster Elementary, Cyprus Jr High and graduated from Cyprus High School where he was on the basketball team. Later he attended Utah Technical College and earned an Automotive Mechanic Certificate. He worked for Kennecott Copper Company for 29 years as a mechanic and other various jobs. Later as a security guard for VF Factory.

He belonged to the Church of Jesus Christ of Latter Day Saints. He believed that you should get along no matter what your religious beliefs are. He played softball and basketball for the church teams and helped with the scouting program. He supported His kids and grandkids when we received an advancement or an award.

He taught us how to drive a car and a motorcycle, put a worm on a hook, change a flat tire, and how to work hard and play hard. He was always up for one more day when we were camping.

He served honorably in the Army and the Navy. He served on The USS Coral Sea as part of the flight deck crew. Loved Sports especially basketball, but when football, baseball or golf were on he enjoyed that game too. He could tell you stats on games that happened decades ago and he kept current on them.

He coached many little league teams. Came to my dance recitals. Loved Road trips, and exploring. Mom and Dad spent several winters traveling to warmer states. Oh and Wendover, he enjoyed his getaways to Nevada, either to play the slots, the lobster fest or to see a concert.

He had a great way to make you laugh with his wit and humor. He had many one liners and didn’t pass up on the chance to use a good pun. We enjoyed many good belly laughs.

He was an author (Pasquali The Cat) and loved making sand for his sand art pictures. Loved fishing, camping, gardening, watching his grandchildren and his great grandchildren, who brought him much joy. He would gain strength and just smile by seeing the little ones.

When Mom’s MS grew worse and worse. He was a constant caregiver. Very dedicated to her care and well being. They loved traveling and having adventures for as long as her health would allow it.

Dad survived TB, the loss of many loved ones, 2020 quarantine, 5.7 earthquake and all the aftershocks. Racoon in the water system. He was courageous and brave and endured the hardness of his illness. COPD is what he succumbed to. He fought the good fight and now he is not suffering any more. Love you Dad. Give Mom a hug and tell her we love her.

We want to thank Jodi and Loi with the Salt Lake County Health Department for their kindness and care during his time with TB. We also want to thank The Applegate Hospice Care team (Mont, Leslie and April) for their outstanding care and compassion in helping us through this difficult time. We’d like to also thank Peel Funeral Home for their funeral arrangements.

There will be a private service on Saturday June 6.

To order memorial trees or send flowers to the family in memory of Elwin Talbot, please visit our flower store.