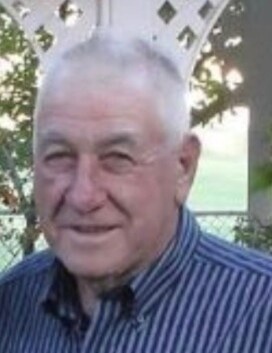 Felix was the quintessential  family man. He loved his children, however, he loved his grandchildren and great grandchildren more than anything in the entire world! He would light up brighter than the Vegas strip whenever they would visit.  Whether it was in person, over Facetime or pictures, he loved kids more than any man out there.

He was a simple man that enjoyed simple pleasures such as Cheeseburgers, playing cards and 10,000 and watching Walker, Texas Ranger, fishing and of course, visiting with family and friends. He also loved feeding his birds and his squirrels and would get really excited whenever a Moose, Elk or Deer would wonder into the yard.  In his younger years, he was a cowboy and loved riding his horses and going hunting and camping with family and friends.

In his last years, he loved to play and win at 10,000 and anyone that came to visit, should expect to not only play, but lose a few dollars to him! He especially took great joy in beating his son Crockett and his son-in-law, Ken at 10,000. He loved being the “old man” that could still whoop the “Boys” and win a few bucks while he was at it! His “luck yellow shirt” rarely fail him!

I must mention that his greatest childhood memories were of his mother Lupita, who he absolutely adored and his grandfather Benito Manzanares, who was his hero. If you spent any time with Felix, you would have heard stories about the both of them and how wonderful and important they were to him as a child growing up in New Mexico. His heart never recovered from the heartbreak of losing them. It’s a comfort to know that he is now reunited with them as well as the rest of those that went before him.

He was a Rancher, a Business Owner, a fisherman and a story teller! He had a strong work ethic and passed that on to his children and grandchildren.  He was also a very kind and generous man who was always willing to help anyone in need, always! He lived his last years with family and loved it when he had anyone would come by to spend time with him. He has a personal relationship with God and often prayed to his Lord.

He is preceded in death by his wife of many years Rose (Maez), his daughter, Virginia Gurule, granddaughter Amy Walker and great granddaughter Gabby Manzanares. Stepdaughters Geraldine, Marie and Barbara, his parents, his twin brother, his siblings, Julian, Ramone (Deloris), Aggie Maez and Gene Manzanares, who was his cousin, but Felix considered him as a brother.  My apologies for those I’ve missed.

He is survived by children Felix Jr. (Cathy), Steve (JoAnn), Tina (Ken Johnston), Ronnie, Frankie and Gilbert Manzanares. Siblings: Chella (Larry Hogge) Valente  (Lizzie), Marie Moore and his Sister-in Law Karen Manzanares. He was married to Melba Manzanares at the time of his death and helped raise her daughter Naomi (Travis), who he considered his daughter as well.

To order memorial trees or send flowers to the family in memory of Felix Manzanares, please visit our flower store.