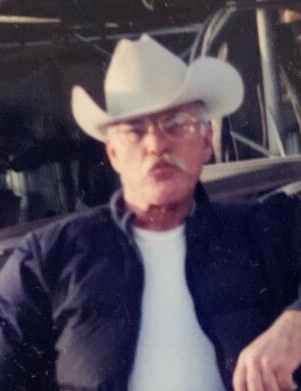 Frank was many things, a son, brother, husband, father, grandfather, and most of all a friend to everyone. Frank was sure to instill in his family, the importance and value of love, family, hard work, and what it means to have a big heart.

Frank enjoyed traveling, from jumping trains as a young teen to a career in truck driving and the occasional road trip with his girls. He was a craftsman, an artist, former barber and served a world-class breakfast every morning at 7 am sharp.

Frank is described as dedicated to his family, loyal to his heart, brutally honest, and stubborn to the bone. A humble man, he never liked to be the center of attention. In life and even in death he wouldn’t want his family to focus on the sadness of his death, but to focus on life and all its blessings. Although he will be missed, his smile, his pranks, his love, we take comfort and find joy in the good feelings of our memories.

Frank’s hobbies included a Friday nightgame of poker, riding his motorcycle, tending to his yard, being the neighborhood watch, and being a craftsman, he could build anything. He spent his time building and crafting the perfect childhood for his grandkids, dollhouses, clubhouses, go-carts, surprise pets, ice cream breakfasts, and makeshift Atv tracks in the backyard. Not only did he provide his family with experiences and memories they will cherish for a lifetime, but he set the standard of the type of man and parent we all aim to be.

As I write this, I think of the expression “To be frank”, what does it mean to speak frankly with someone? The answer; to be honest, straightforward forward or blunt. Frank was in fact a no bullshit type of man. He has helped shape so many lives and kept us honest while doing it. It is safe to say for those who knew him the expression “To be frank” has a new meaning. To be Frank means to be candid and honest, to love hard, to fight hard, to work hard, and when it calls for it to throw back a shot of whiskey and play hard. To be Frank is to be brave enough to stand against the tide, strong enough not to conform, and bold enough to do what’s right.

Our beloved father and grandfather has come and gone, but his life lessons and love will never die.

On behalf of our family, I would like to thank the nursing staff who worked hard to keep our poppa with us and make him comfortable while on hospice. A special thank you to nurse Kim, poppa had a special place in his heart for you.

To order memorial trees or send flowers to the family in memory of Frank Corp, please visit our flower store.