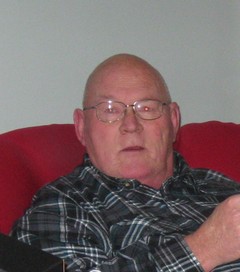 Magna, Utah – Frank Junior Robison (a.k.a. J.R.) passed away quietly during the night on March 18, 2018 from the effects of cancer.  He was born July 23, 1946 in Burbank, California, the 6th child of Franklin Reeve & Fern Blake Robison. He grew up in Bennion, Utah working around his grandfather’s farm. His many Blake family relatives were an integral part of his upbringing.  Frank met and married the love of his life, Cherie on March 17, 2006.

Frank worked in many trades that he became proficient at, including journeyman electrician, sheet-rocker and carpenter. He was an all-around handyman and well-known for his woodworking. After retirement, Frank could often be found in his home wood shop crafting wood furniture and other pieces.  His favorite creations were the pens he turned on his lathe, which he proudly shared with family and friends.  You knew you were special to him if you were gifted one of his prized creations.

He was always willing to share his knowledge of the trades by helping others and offering his expertise. He never hesitated to provide a helping hand to someone who needed assistance to do or fix something. And he loved learning about the latest new thing in the world that surrounded him. Computer technology provided him with countless hours of entertainment and educational opportunities.

Frank loved learning genealogy and the connection it brought to his ancestors and living relatives. He felt a deep and abiding love for his ancestral relatives and all that they had done in his behalf.

Frank’s family consisted of his parents, Frank and Fern, sisters Darlene (Tom) Rynearson, Margaret (Evan) Swenson, Eva Ann (Dennis) Hillman and Luella (Ron) Eggleston, and brother Carl (Sally).  He is a survived by his wife, Cherie and her children, grandchildren and great-grandchildren, as well as his sister, Eva Ann, and numerous cousins, nieces, nephews and “whatnot”.  He is preceded in death by his parents, Frank and Fern, sisters Darlene, Margaret & Luella, and brother Carl.

To order memorial trees or send flowers to the family in memory of Frank Robison, please visit our flower store.