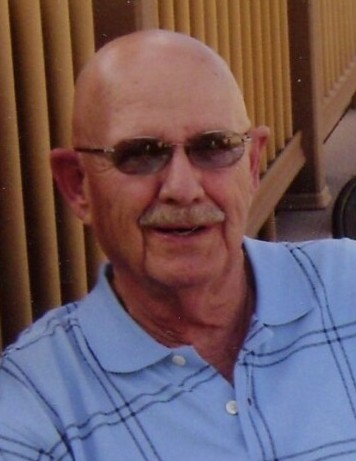 Garry Grant Gregory, 87, died March 7, 2022 at his home with his sweetheart and his family by his side.

Garry was born January 3rd, 1935 in Murray, Utah to Nephi Earl and Iva Searle Gregory. He graduated from the University of Utah with a degree in Electrical Engineering, and served in the Army in the Korean War.

Garry married Doris Skelton Payne on November 30th, 1973. The two were each others’ life-long companions and best friends. Stepping into a fatherly role, he acquired a ready-made family of four children.

Garry worked for Kennecott Copper for nearly thirty years, and after he retired he worked part-time at the Magna Copper Club Golf Course. He loved to trap shoot, was an avid golfer, and continued his love of baseball by coaching his kids and watching his grandchildren and great grandchildren play. His skill in making golf clubs was unmatched, and anyone who was lucky enough to get a set of clubs from Garry was the envy of the clubhouse.

Garry wasn’t vocal about his love for others, but those he loved knew it because he showed it in his own way. Garry and Doris came to every dance recital, sporting event, and concert his seven grandchildren and eight great grand children had, and smiled proudly in the crowd. He usually slipped the kids a treat or a two dollar bill afterward, which his grandkids and great grandkids loved.

Garry’s eight great grandchildren loved gathering around his chair and listening to stories about driving a tank in the Army, striking out Willie Mays while trying out for the San Francisco Giants, and working as a volunteer forest firefighter in Glacier National Park as a young man. Garry was adored by his grandkids and great grandkids who affectionately called him “GPa.”

Garry is survived by his wife and children: Ron (Julie) Payne, Kathy (Drue) Grimshaw, Ken (Jodi) Payne, and Jeff (Andrea) Payne. He is preceded in death by his parents, his two brothers, Leroy and Marion, and his sister Venice.

The family would like to thank the angels from Quality Home Health & Hospice for their care. Because of you, Garry was able to be surrounded by his family in the comfort of his home during his last days. A special thanks to: Tamara, Charlotte, Jill, Amanda, and the rest of the amazing staff.

To order memorial trees or send flowers to the family in memory of Garry Gregory, please visit our flower store.