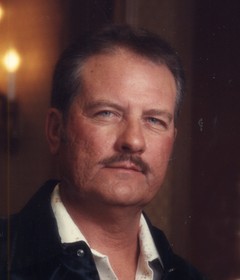 Stanley Garth Hall passed away on December 10, 2015.  He was born in Roosevelt, UT to Stanley W. Hall and Magratha Abplanalp on July 27, 1940.  The family later moved to Magna, UT.  He attended Cyprus High School where he met and married his high school sweetheart, Clarine Burr.  Garth worked for Kennecott Copper for over 40 years.  He loved his family with a passion. He loved going to the Book Cliffs, snowmobiling and sharing in the lives of his family.  Garth is survived by his wife of 56 years, Clarine; son, Clinton (Deanna); daughter, Denise; two grandsons, Justin (Jenn) and Dylan; brother, Brent Hall; sister, Judy Huddleston; and his nieces and nephews. Garth was preceded in death by his mom and dad and many aunts and uncles.

To order memorial trees or send flowers to the family in memory of Garth Hall, please visit our flower store.