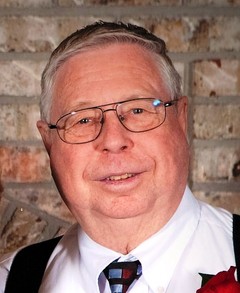 Gary was born on July 2nd 1939 in Nephi Utah. Surrounded by his family he passed peacefully in his home in Magna on July 15, 2017.

Gary married Ida Mae Jackson on September 18, 1962 in the Manti Temple. Gary worked at Hill Air Force Base for over 26 years. He was a member of the United State Coast Guard Reserves for over 23 years. He enjoyed being in the outdoors; hunting, fishing, trapping and even mining. He loved spending time with his family and friends. He served faithfully and helped many others in his various callings in the LDS church. He enjoyed making canes and walking sticks. He enjoyed even more giving them away. He maintained his cheerful and joking self throughout his illness. He left this world without regrets.

To order memorial trees or send flowers to the family in memory of Gary Olsen, please visit our flower store.