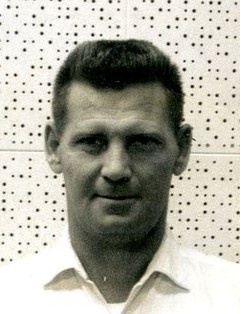 Gaylord Jay Scott, Tooele, UT went home to be with his Lord on February 8, 2017. He was born June 26, 1930 in Mapleton, Iowa to Reece & Lela (Birtwell) Scott. Gaylord was a devoted Husband and Father. He married Jacqueline Beverly Wenzel on June 27, 1953 and had six children before her death in 1966. He then married Carol Ann Bucholdt on November 24, 1967 and adopted a daughter Brenda.

A graveside service will be held on Wednesday February 15, 2017 at 1 PM at Utah Veterans Cemetery & Memorial Park, 17111 South Camp Williams Road, Bluffdale, Utah  84065. The family requests that in lieu of flowers, donations be made to the building fund of Mountain View Baptist Church, PO Box 837, Grantsville, UT 84029. Online condolences may be posted at www.peelfuneralhome.com.

To order memorial trees or send flowers to the family in memory of Gaylord Scott, please visit our flower store.