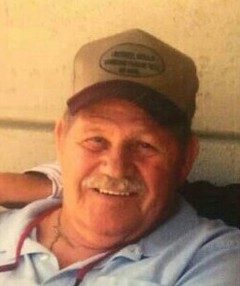 We lost an amazing dad, grandpa, great grandpa, brother, uncle, and friend on June 22, 2017 from complications of a stroke August 8, 2016. Bert was born in Hunter, UT to George A. Walk Sr and Shirley Orton Walk. He spent his childhood growing up in Hunter, UT and went to Cyprus High School. He married Irene Day (later divorced) from the marriage Robert Matthew was born. He then married Patricia Sorensen, September 18, 1959. They had 2 daughters Cindy & Tara. She preceded him in death April 3, 2017.

Bert worked for Kennecott for 30 years retiring in 1985. After retirement, he went back to work @ Continental Steel and finally retired from full time employment at the age of 67. He quickly became bored and went to work for Centennial Management part time. He loved working at the Maverick Center, U of U, & USANA Amphitheatre. Bert loved the many people that he met through the years and became an avid Grizzlies and Utes fan. When he was not working, he loved going to the family cabin, fishing in West Yellowstone, puttering around his shop and spending time with his wife, daughters, and grandchildren and great grandchildren.

Thanks to the staff @ Rocky Mountain Care Center and Rocky Mountain Hospice. You have been amazing with your support and care that you have given to Dad and our family.

To order memorial trees or send flowers to the family in memory of George Walk, please visit our flower store.