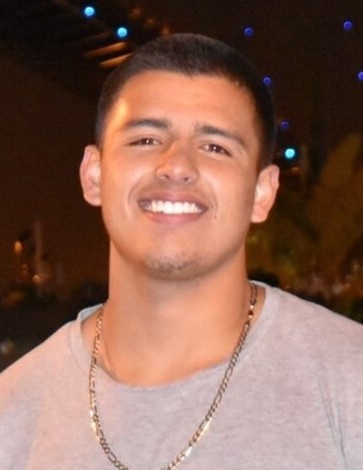 It is with the deepest sorrow we announce Giacomo “Jack” Gonzalez our beloved son, brother, uncle, and friend has suddenly passed away on Wednesday, March 31st, 2021 in Wilmington, California.

Jack was born in San Pedro California on May 21st, 1997. Soon after, his family relocated to Salt Lake City, where he went on to graduate with honors from Copper Hills High. His passion and commitment took him to play football for LA Harbor College in California where he received a degree in Business and earned a full-ride scholarship to Midwestern State University in Texas. Leading him to work as a casual with the International Longshore and Warehouse Union, also known as the ILWU.

Jack will be remembered for his contagious smile that lit up a room. He was kind, loving, compassionate, committed, and hard-working. Jack was a loving son and best friend to his mother and father. Taking after his father at an early age, Jack loved tools and fixing cars. He grew up working in his dad's body shop and by eight years old he was painting cars and became the family mechanic, or like his mother liked to call him her “Fix it guy”. He also loved and adored his nieces and nephews and was dedicated to being the best uncle, inspiring and pushing them to dream big. He will be deeply missed by all his loved ones.

Jack, we’ll always love and miss you. May you rest in grace and love our precious boy.

To order memorial trees or send flowers to the family in memory of Giacomo "Jack" Gonzalez, please visit our flower store.