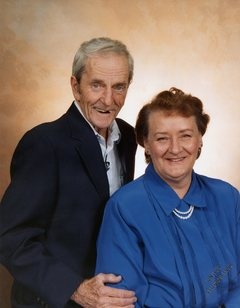 Golda Mae Mooi  our loving mother,,grandmother,great grandmother,sister,aunt and friend went to sleep with family surrounding her at Jordan Valley Hospital on October 24th 2017 at the age of 81. She was born in Chicago on November 14th 1935 to CJ and Martha Neal. In her younger years she went to Tennessee to spend time with her grandparents. She was the oldest out of 5 children and proceeded in death with her mother,father,and 3 sisters. In her younger years she worked in the bowling alley after she grew a love for bowling, then when she was old enough she started bartending.

She later married Richard Schram and had 5 children. LuAnn Brindl (Bob), Rick Schram (JoAnne), Denna Rose (William), Donna Schram and Laurie Schram. She later divorced and remarried her soulmate Pete Mooi on  May 3rd 1973 and had Neal Mooi (Roxanna).They later moved to Utah and made a home in Magna that she had till she left this earth. She left behind  6 children, 12 grandchildren,27 great grandchildren and 2 great great grandchildren. She was a great homemaker and loved to feed the family especially her sketti with tabasco and was crazy about Chocolate. She was very classy, loved to dress up and her nails always had to be done. She also enjoy dancing. She loved spending her extra time riding in the truck with her husband, traveling and viewing new places and playing solitaire, however she loved to go anywhere and everywhere in her Mustangs.She was really big on collecting clocks, cookie jars and tiffany lamps as well as any antiques. She breed shih Tzu,Bichon and Schnauzers for years and adored her dogs. She spent her last days waiting to go home with her soulmate. She is now in her glory dancing with her husband.

To order memorial trees or send flowers to the family in memory of Golda Mooi, please visit our flower store.