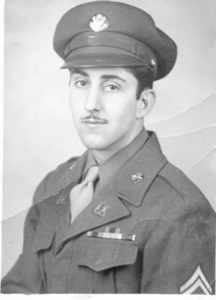 Harry Mamales passed away December 7, 2013 of natural causes. He was born to Greek immigrants, William and Esme Mamales on February 20, 1925. Married Anna Warath December 29, 1951. He was a WWII veteran, and worked for Hill Air Force Base as a Technical Illustrator for 40 years, he also worked part time for Schmidt Signs and retired in 1989. He was a member of the Civil Air Patrol.  Known all over the country, Harry was a artist in every aspect, including bronze, marble, clay, plastic casting, sketching, chemical engraving, oil painting, etc. Member of the Greek Orthodox Church including Ahepa. He loved hunting, fishing, golfing, skiing, trips to Wendover, and his children and grandchildren.  He was a generous man and no one was ever a stranger. Survived by his wife; sons, Bill (Vicki) Mamales, James Mamales, Tony Mamales, and Mark (Angela) Mamales; daughters, Roxanne (Greg) Henderson, Sophia (Mike) Kemp, Penny (Troy) Siebert, Chris (Tye) Taylor, Kelly (George) Pantages, and Angie (Shane) Mack; 23 grandchildren and 13 great grandchildren; brothers, Sam, George, and Pete Mamales; sisters, Katherine Record, Tessie (Del) Huggard, and Nellie Cayias. Preceded in death by father and mother, and sister, Tula Griffith. A special thanks to the V.A. and Inspiration Hospice, and especially his children who were there morning to night. His children deeply loved him and he will be in their hearts forever.

To order memorial trees or send flowers to the family in memory of Harry Mammales, please visit our flower store.