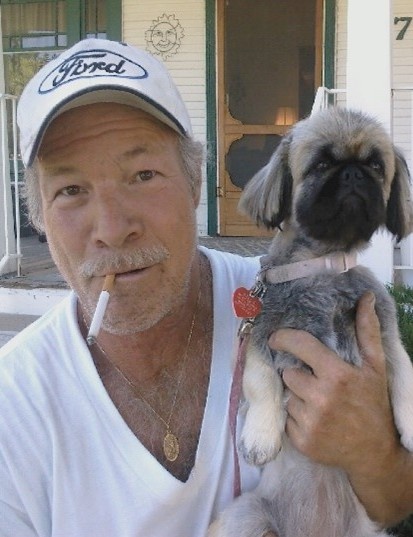 Jack was a lifelong resident of Magna. He met the love of his life, Becky aka Ardy, in February of 1991. Together they spent the last 30 years raising their kids in the Colonna Family Home. He loved spending time with his grandkids, family and friends. No one left his home hungry.

Jack was born with the love of classic cars in his blood. He also felt the need for speed and became a master engine builder. Later in life he grew to love Harley Davidson’s. One of anything was never enough for Jack. And if it was old, he kept it original. He was a true Jack of all trades.

He also had a love for gardening. Thanks to Uncle Pat, Jack and Ardy were very proud of the produce they grew. Together Jack and Ardy canned hundreds of quarts of tomato sauce throughout the years. Jack loved going out in the garden to pick fresh vegetables for a meal.

Becky would like to give a very warm, heartfelt thank you to Uncle Ratskins and nephew, Leonard Colonna for their devotion and help in caring for Jack.

To order memorial trees or send flowers to the family in memory of Jack Colonna, please visit our flower store.