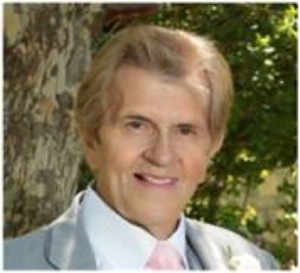 James Glenn Loveless, age 71, passed away peacefully on Sunday, December 15, 2013 after a valiant battle with bladder cancer. He was born in Payson, Utah on September, 15, 1942 to Glenn LeRoi and Veda Law Loveless who welcomed him home with great joy. He earned his Eagle Scout Award and graduated from Payson High School. He served an LDS mission in the South Australian mission under Elder Bruce R. McConkie and always had a great love for that country and its people. He returned to Australia twice, spending last Christmas there. He served his country honorably in the United States Army. He studied at Salt Lake Community College and BYU. He was a furniture salesman and made many friends wherever he went. He loved going to the temple frequently in his final weeks.

Jim married Janet Tice (deceased) in 1975 in the Salt Lake Temple. Jim loved playing Santa to his son and 10 nephews and nieces for many years as well as friends and businesses. He is survived by his son, Justin (Marcia) of Salt Lake, and two sisters, Judith (Arlo) Hyde of Farmington and Janis (Samuel) Jackson of Bountiful plus their families and his many, many friends.

Funeral Services will be held Friday, December 20, 2013 at 11:00 AM in the Lake ridge 15 th Ward, 7525 W Washington RD, Magna, UT, where family and friends may visit at 9:30 to 10:45 AM prior to the service. Interment will be held at the Payson City Cemetery. Flowers may be sent to Peel Funeral Home, 8525 W 2700 S Magna, Utah prior to Friday. Online condolences can be posted at peelfuneralhome.com. His family thanks all who have shown kindnesses to him during his illness.

Click here to listen to a recording of the service
To order memorial trees or send flowers to the family in memory of James Loveless, please visit our flower store.