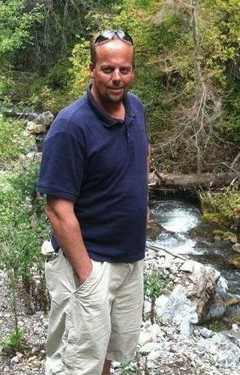 Jeremy Rand Perkins, left this world suddenly, March 20, 2017 unable to conquer his addiction in life has now conquered it in death.  He was born June 23, 1976 in Bountiful, Utah to Randy and Carol McGinty Perkins. Jeremy married Sariah Cook and together they have two wonderful children, Sabrina and Alexander.

He attended Hunter High School where Jeremy and Sariah met. Jeremy went on from High School to attend the University of Utah. He had a passion for fishing, hunting and camping, so basically anything outdoors he loved.

Jeremey shared his love trains with his son Alex and his kind heart with his daughter Sabrina.

He was preceded in death by his grandparents.

To order memorial trees or send flowers to the family in memory of Jeremy Perkins, please visit our flower store.