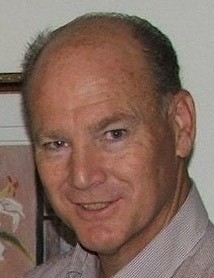 On April 19th, 2022, Jerry Carmean loving husband, father and grandfather passed away at the Age of 69.

Jerry was born in Burbank California on February 3, 1953, to Jack and Nadine Carmean. He was an adventurous kid, avid Boy Scout and always involved in family outdoor activities.  Jerry was involved in Martial Arts Judo and Jujitsu, achieving level of 7th degree black belt, which he always mentioned as one of his proudest moments of his youth.

Jerry’s Love of God and others influenced him to serve in the Northern States LDS Mission. It was shortly after, while in a Ball Room Dance Class at Ricks College, that he met the love of his life, Wendy. Together they raised 4 children: Sarah, Timothy, Jonathon, and Steven. However, his proudest accomplishment was surrounding himself with his 14 grandchildren.

Jerry was known for pushing the topic of “how’s Scouting going?” He was the handyman that any neighbor would want. He would drop what he was doing to help and kept tools for that occasion ready to go when called. This sense of service was passed on to his children.

Jerry’s service to others continued as a Temple worker for nearly a decade at the Oquirrh Mt. Temple where he made new friends and sought to serve those who he felt connected to in this life and the next. The Temple is where he “wished for his family to be.”

Jerry had a gift for starting conversations and then making the family late or frustrated to get home. Not one for sarcasm but plenty of “Jerry-isms” that when heard, those who spent time with him would say “yeah, that’s what Jerry would say.”

Finding joy was his pursuit in this life through family, and friends.  Jerry was on a mission to let everyone know who he was and what he believed in, a true Member Missionary.

To order memorial trees or send flowers to the family in memory of Jerry Carmean, please visit our flower store.