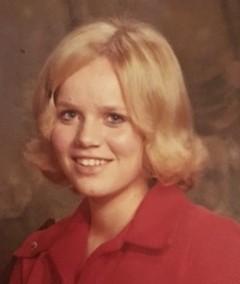 Jo Ann Raisor Tomasini Lang- was born to Nedra Raisor on September 11, 1954. SheWas preceded in death by her Mother and her Grandparents Frank and Zelma Payne.She was the second child of Nedra.

She passed away with her husband Robert Lang, her children Justin Tomasini and Lisa (Kevin)Winston, Bobby Lang, Grandchildren Kaleb(Sade) and Kevawna Winston, Bryson Hawkins, sister and brother in-law Mike and Julie Beagley, sister in-law Dianne Raisor and best friend Loralee Novosel (Marsha Peterson in spirit) by her side on October 24, 2017.

Jo Ann graduated high school form Cyprus High in1972 and won the National Short hand competition, winning Second place in the National Typing competition. She was very talented in her employment over the years. Golfing was her favorite sport and baking around the Holidays was a given talent she learned from her mom and Grandmother.

She met and married Gary Tomasini 1972 and they were blessed with two children Justin and Lisa. They moved to California in 1981 where she remained until her divorce in 1990.

She moved to Las Vegas for a short time after her divorce.

In 1994 she met her soul mate Bob Lang. They were set up by her niece Cami Raisor Greer on blind date, July 3, 1994, and they have been inseparable until her death. JoAnn and Bob enjoyed trips together, their game shows, and TV programs, most recently words with friends, and their friend Rock and combined families. Jo Ann enjoyed her grandchildren and attended as many functions as she could throughout the last 25 years. She was quite the crafter and crafted with her grandchildren and friends every chance she could. Including selling her own products while travelling to different cities.

She loved her family and friends dearly. She will be truly missed for her kind spirit and selfless nature. She put her children and her grandchildren before anything in this world.

We would like to give a special thank you to David and Dianne Raisor and Thora Johnson. As well as the Respiratory ICU unit at IMC in Murray for their extraordinary care.

To order memorial trees or send flowers to the family in memory of JoAnn Lang, please visit our flower store.