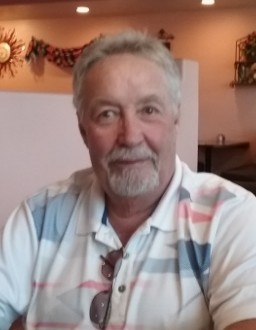 John was born September 13, 1941 to Elden Guy Carrell and Lilas Amelia Adams Carrell in Garfield, Utah. He later moved to Kearns, Utah. Were he grew up. John Married Anita April 16, 1987.

John David Carrell was a supervisor at Kennecott Copper Consentrator. He retired after 30 years. He also was a truck driver for Peck for several years.

John enjoyed going camping, hunting and fishing with his dad and other family members. He also owned several boats and went water skiing. John  played on the Country Recreation softball team. He was also on the Kennecott bowling league. His passion was "GOLF" he played in several competitions and won many trophies.  John's other passion was "MUSTANGS" He owned several Mustangs through the years. He was always up to date with specs and tech knowledge. He would buy a new Mustang and improve it by adding all the trimmings.

John was survived by his sweet, loving, beautiful wife Anita Carrell. Who he loved dearly.❤

Sorry there will be no funeral or viewing because of the "Pandemic".

In lue of flowers please donate to:

To order memorial trees or send flowers to the family in memory of John Carrell, please visit our flower store.