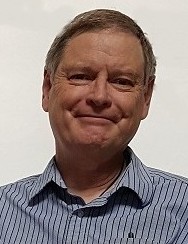 Joseph Ben Hall (Jay to his friends, Bogey to his kids and grandkids) was born in Coalville, Utah on 13 January 1953, the son of Howard Gallatin Hall and Raona Richards Hall. His family moved to Yuba City, California a few months later, where he spent his youth. He graduated from Yuba City High School in 1970, attended three semesters at nearby Yuba College, then served an honorable two year mission in Sao Paulo, Brazil.
Shortly after arriving home from his mission, he married Sandra Pratt in the Oakland California Temple, and they lived in the Sacramento, California area for nine months, during which time he attended one semester at Sacramento State University. In 1975 they moved to Utah, where they lived in Salt Lake City, Midvale, and Magna, and were blessed with five wonderful children: Loralie (John Robert), Joseph Pratt (Natalee), Arwen (Shane Spor), Merlyn Richards (Helena), and David McBride. They divorced in 2001.
Jay worked for Everton Publishers from 1978 to 2001, then worked in the Hunter-Magna FM Group of The Church of Jesus Christ of Latter-day Saints from 2002 until he retired in 2018.
Jay moved to West Valley City, Utah in 2008, and he married Corinne Adele Johnson Knight in the Bountiful Utah Temple. He received his BA from Utah State University later that same year. Corinne's mortal life was ended by an aggressive brain tumor in 2012. Shortly before her death, Jay was diagnosed with renal cell carcinoma, and his left kidney was removed, along with a large tumor. Sadly, the cancer had already spread to his lungs before it was found.
Jay married Bonnie Lee Cramer Stone in 2014 in the Oquirrh Mountain Temple, and they continued living in West Valley until his death at home on April 6, 2020.

To order memorial trees or send flowers to the family in memory of Joseph (Jay) Hall, please visit our flower store.