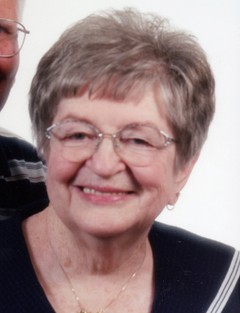 In the early morning of August 18, 2017, we lost the beloved matriarch of our family. Joyce Sundquist Loutensock at the age of 88. She passed away peacefully in her own home. Joyce was born February 13, 1929 in Vernal, Utah to Emil Gunner and Edna Hatch Sundquist. She married the love of her life Albert Joseph Loutensock Jr. October 18, 1950 in Salt Lake City, and later they were sealed in the Salt Lake Temple. Albert passed away in 2010.

She was raised on a farm in Vernal with her brothers, where she learned strong work ethics and lifelong skills. Joyce enjoyed cooking, trips to Wendover, gardening, crocheting and all types of hand work. The family cherished all her handmade gifts. She was an avid sports fan who always supported her families sporting events. Joyce got to witness her Chicago Cubs win the world series and she loved the Utah Jazz. She loved her family very much!

The family would like to give special thanks to her grandson, Brian and his wife Hollie Hatch for the loving care they gave her for the last several years. Also thanks to Chrissy, Rita, Jordan and the staff from Heartwood Hospice.

"She'll be forever missed and mended into our hearts"

To order memorial trees or send flowers to the family in memory of Joyce Loutensock, please visit our flower store.