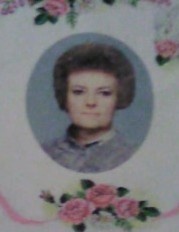 Joyce Buckingham Seeling returned to the loving arms of her Heavenly Father on March 20, 2021.

Joyce was born December 30, 1940 to Harry and Mable Davis Buckingham in Tooele, Utah. She was raised in Tooele until her parents moved to Magna, UT. She lived in Magna most of her life. She graduated from Cyprus High School with the class of 1959.

Joyce married Robert Lowry, and to this marriage two children, Joann and Scott were welcomed. they later divorced. Joyce continued to raise her children as a single mom. Later she married Ray Seeling, they had a son, Gary.

Joyce loved her family, and tried to raise them the best that she knew how. She taught them the importance of being self sufficient and the art of loving one another. Family was important to her.

Joyce liked to spend time in Tooele with her grandparents, Harry and Hazel Buckingham. She was taught to play the card game of Canasta by her grandmother, and she became very good at it. She also liked to crochet.

Weekends were spent in Lake Point with her grandparents, Brigham and Eliza Davis. Music played a big part of their lives.

May she rest in peace.

To order memorial trees or send flowers to the family in memory of Joyce Seeling, please visit our flower store.